Ironbridge has something for everyone, and it's less than 15 miles from Meeson Hall. As well as boasting an historic cast-iron bridge, there’s also a pretty village and whole host of museums in the area.

Ironbridge is often described as the birthplace of the industrial revolution. There was a lot of pottery production in this part of Shropshire, most famously at Coalport, and it was in nearby Coalbrookdale that the process of using coke to produce cast iron was perfected.

The iron bridge, from which Ironbridge gets its name, spans the River Severn. It was the first single-span cast-iron bridge in the world – dating back to 1779. It’s one of the most iconic historic landmarks in Shropshire and a UNESCO World Heritage Site.

If you fancy some shopping in a picturesque English village, Ironbridge is ideal. You’ll find lots of independent shops, selling everything from gifts, toys and vintage clothing, to food and antiques. There are also a number of tea shops, restaurants and pubs, for a spot of light refreshment or an evening meal.

If history’s your thing, you’ll love the Ironbridge Gorge Museums. There are ten of them.

Blists Hill Victorian town is a great example, with faithful reconstructions of Victorian life and lots to see and do. There’s also the Coalport China Museum, Jackfield Tile Museum, Coalbrookdale Museum of Iron and the Tar Tunnel to explore.

You can also pop along to one of the museums’ events, like a Music Hall Evening, Steampunk Festival or eerie Victorian Halloween celebration.

From the hotel, Ironbridge is just the other side of Telford – around a 30-minute drive. It’s definitely worth a visit, as you can easily spend a whole day at the various museums.

Museum opening times vary according to the time of year. Take a look at the Ironbridge website for details. 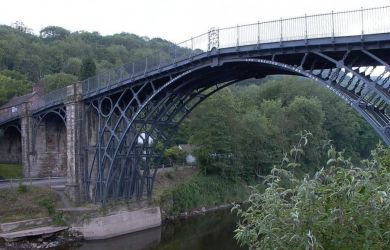 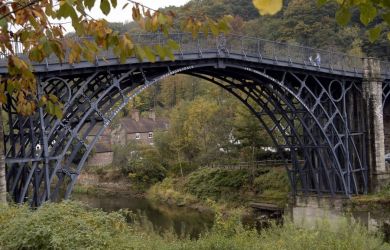